Going “Green” is hardly a new concept for event planners, and there are countless blog posts and articles that feature key steps that event planners can take to make their events a little lighter on the planet. The World PCO Alliance is represented by some of the most influential industry leaders around the world, so it’s no surprise that many of them are at the helm of this trend. We spoke to three in particular—JPdL International from Canada, The Conference Company from South Africa, and Ireland-based Keynote PCO—to learn more about what they are doing to make their events more “green.”

As Alan Mikhail, Business Manager of JPdL International, says, “Going green at JPdL is not just about helping our clients make their events more sustainable. What we do, as a company, day in and day out, is just as impactful.” The Montreal-based company has adopted a range of eco-friendly steps, including installing recycling bins at every desk, composting leftovers from lunches and snacks, and buying milk in reusable containers.
In addition to creating a lasting effect on the environment, JPdL’s eco-friendly initiatives have also instilled in employees a keen awareness of the environment, and one that they adopt into every meeting they organize. One in particular was the 2018 ICLEI World Congress, which took place in Montreal. The conference brought together representatives of local governments to discuss sustainability, so it’s no surprise that there was much emphasis on incorporating green initiatives in the planning.

Says Alan, “We trained a key staff member on BNQ (Bureau de normalisation du Québec) standards so as to ensure that stakeholders were given proper guidelines and direction for a sustainable event.”
The emphasis on “green” was applied across all suppliers, who were asked to submit their green initiatives plans for approval. JPdL made sure the chosen venue carried an environmental certification (BOMA BESTMD and ASTM-APEX), and that air conditioning and lighting were used more modestly. Much work was done in food and beverage, including opting for water stations and re-usable bottles in lieu of 1,000 plastic water bottles per day, and providing an entirely vegetarian menu from locally sourced products.

Alliance president and founder of Dublin-based Keynote PCO, Noel Mitchell, has also worked with clients with a keener appreciation of sustainability, and he has successfully passed on this awareness to key suppliers such as The Convention Centre Dublin. One example is the 20th INQUA World Congress on the Quaternary, which asked that Keynote provide as sustainable a conference environment as possible. Noel, in turn, approached The Convention Centre to see how the two parties could work together to accomplish this goal. The result was the elimination of single-use water bottles (replaced by reusable ones), and a fully compostable catering solution. Cutlery, packaging, coffee cups and food containers were all fully compostable, and all food was Halal and fully traceable.
This activity has now been expanded to an industry-wide initiative in which the Dublin Tourist Board is pulling together all venues and suppliers to look at sustainable measures and accreditation to push Ireland forward as a more environmentally-friendly destination.

When it comes to liaising with suppliers, Noel says that many of them are open to integrating sustainability into their products and services. “I think that venues and suppliers are willing to cooperate, as in many cases they also need to develop sustainable solutions. They just need the push from us.”
What tips can PCOs use to broach the subject with suppliers? Because many suppliers will not necessarily take the initiative and come up with greener solutions, PCOs must be proactive in giving concrete examples of how a supplier’s services can be more environmentally friendly. Suppliers also appreciate commercial arguments that make the case stronger for going green. An important thing to keep in mind, according to Noel, is to not just focus on the short term. While a supplier might be ready to implement a “quick fix” for a particular event, a PCO should also be cultivating a relationship where the supplier is compelled to think of longer-term solutions. Says Noel, “PCOs need to regularly make the double argument.”

South Africa’s The Conference Company has built its own successful relationships with environmentally-minded suppliers, including Uzwelo Bags, which turns recycled banners and waste materials into attractive delegate bags. The company also makes it a point of employing people from disadvantaged backgrounds.
“We very much enjoy working with them,” says The Conference Company’s CEO Nina Freysen-Pretorius, “as they are passionate about the environment while also providing work for previously unemployed women who are the sole breadwinners, and re-using products that would otherwise end up in landfills.”

The South African PCO is also actively engaged in green initiatives for several events, including the 8th World Conference on Ecological Restoration, which just took place in September. The conference had introduced a number of interventions to counter the effect of carbon emissions of the delegates attending the conference as well as the management of resources during the conference. One such measure was selecting the Century City Conference Centre and Hotel in Cape Town. The venue offers a number of environmentally responsible features, including using recycled water in toilets, training all staff on water-saving, and a rooftop solar energy system. The Conference Company, in turn, ensured that they were as climate neutral as possible.

For those doubting the “real” impact that an event can have on the environment, consider the results of the composting and recycling initiative by the 2018 ICLEI World Congress (organized by JPdL International): 390 kilograms of recyclable materials—24% of all materials generated—were recuperated, as were 1,206 kilograms of compostable materials—a whopping 73% of all materials generated. In the end, the Conference earned a level 3 as per the Bureau de normalisation du Québec’s norms for sustainable events, and was nominated to be one of the Vivats 2018 sustainable events, alongside the 2018 Zero Waste Festival.

In addition to the obvious environmental benefits that PCOs can provide with green events, Marie-Josée Talarico, Director of JPdL International, also underlines the opportunities this can bring. “From a company perspective, actively integrating green initiatives builds our reputation as an organization committed to local sustainability of communities worldwide,” she says. “We’re being invited to advise on some extremely interesting projects and to share in some very exciting new ideas.”

For Nina of The Conference Company, the message should be clear for PCOs: “All events should be green in the future,” she says. “It should not be an initiative but rather a mandated expectation and norm that we all follow around the world. Small changes and reduced impact on our environment start with our actions.”

Nina’s end of term as ICCA President – Interview in Dubai. 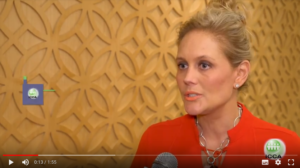 According to the City of Cape Town’s modelling, “Day Zero” – the projected date when the city would cut the ordinary supply of water to its citizens – will not take place this year.

Nina Freysen-Pretorius is currently attending and will be speaking at the ICCA Scandinavian Chapter meeting. Please visit http://iccadenmark.dk/programme.html for further details.

The importance of people, the power of community
Nina Freysen-Pretorius 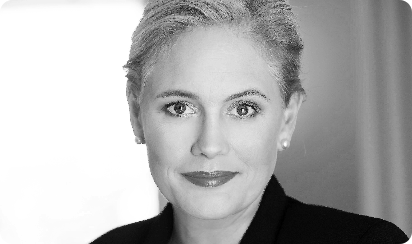 Wishing you a healthy, prosperous and happy 2018! With the month of January behind us, I hope that it has been a good start and an indication of only more positive things to come for us all.

In the Southern Hemisphere our summer school holiday break is in December, as the temperatures rise and everyone wants to be outdoors. Similar to the European July-August summer break when everything on the work front shuts down and the outdoors become the attraction! So getting back to work and routine, with very hot temperatures to deal with and beautiful weather, is not all together an easy matter.

The other challenge is that when you don’t really want to be at the office working, everything seems to be a challenge. Nothing works like it should and the smallest task seems like a mountain to climb. For example, we assist our clients with their electronic banking, and once set up correctly it works like a charm. But if one has a challenge and perhaps the setup was not done correctly as you would have wanted it to on the bank’s side… oh my word – Frustration! After many electronic communications, telephone calls and bad language mumbled along the way, a representative from the bank came out to assist. A person – a real human being – came to deal with the problem. The matter that had been going on for months without any way forward was sorted out within a few pleasant minutes! The engagement with the representative from the bank was pleasant, engaging and a relationship was established to deal with future business and challenges. The importance of people and communication …

Most recently I came across a TED Talk by Susan Pinker on “The secret to living longer may be your social life”. Don’t get all excited and start ordering the champagne! Quitting drinking and smoking is strongly recommended by Susan’s study. The study researched the reason why in a remote village in Sardinia, Italy they found the largest number of centenarians. I won’t plagirise the talk, but rather suggest you watch it yourself.

But what interested me tremendously and what I believe has bearing on us as ICCA members, the ICCA community and family, is the fact that social face-to-face engagement is paramount to the human race’s longevity. With the advent of social media and technology, many of the face-to-face interactions we had in the past have been removed from our day-to-day lives. According to the study social isolation is one of the biggest mental health threats of our time.

The study found that the reason so many of the centenarians lived so long had to do with the fact that they had daily, constant social interaction with people that they loved, trusted and respected and whom felt the same about them. The importance of such close relationships was the key.

Today apparently a ¼ of the world has nobody that they have a close relationship with and hence no sense of belonging. The suggestion is that we have to have at least 3 stable relationships with people that we can trust and call upon in need, someone who will be there to listen and share the challenge or celebrate our achievement.

Bandying the phrase around of “The ICCA Family” therefore becomes more and more important and relevent in today’s day and age. Our sector is so specialised that other industry sectors do not always get what we are about and what our objectives are. Therefore, building our community of support for one another becomes more and more important. To quantify the ability to pick up the phone or Skype and engage with an ICCA colleague across the world about a conference or meeting, some new technology or merely asking advice, becomes important not only for our business but for our personal wellbeing. Belonging to a community, having commonality, is what will sustain us as individuals and as a collective.

So participate when possible in the Chapter and Sector meetings that you belong to, engage at trade shows with other members and plan to attend the conference. All these face-to-face meetings will ensure that you are building the ICCA community, enriching yourself and living longer at the same time!

Yours in ICCA (for as long as possible!)

This may be a good place to introduce yourself and your site or include some credits.